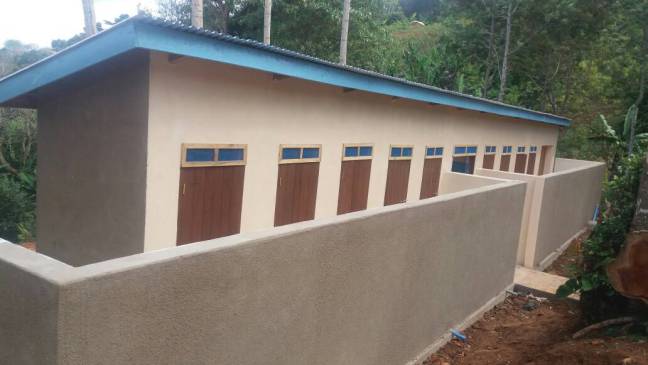 Some highlights of the project implementation

Improvement of hygiene and sanitation in primary schools is amongst the interventions under Integrated Approaches for Climate Change Adaptation in the East Usambara Mountains one of the 5 GCCA  programmes funded by the European Commission and implemented by ONGAWA Engineering For Human Development and its partners, Tanzania Forest Conservation Group and Muheza District Council

In Misalai and Zirai wards there are six primary schools. In all schools the sanitation and hygiene programme has already being launched and now is in follow up stage. The programme has been designed according to the School Water Sanitation and Hygiene national guidelines.
Health and environmental sanitation is not the only expected results of this intervention but also to raise awareness on the gender aspects in boys and girls education, with the example of the effect of the lack of adequate sanitation facilities as an entry point.

In three schools of Misalai and Zirai wards three new sets of latrines with a total of 22 new drop holes have been constructed taking into account the specific needs of boys, girls and pupils with disabilities.

This examples are expected to motivate more stakeholders to prioritise similar interventions that contribute to reduce the rate of diseases among the pupils and preserve the environment of the communities.