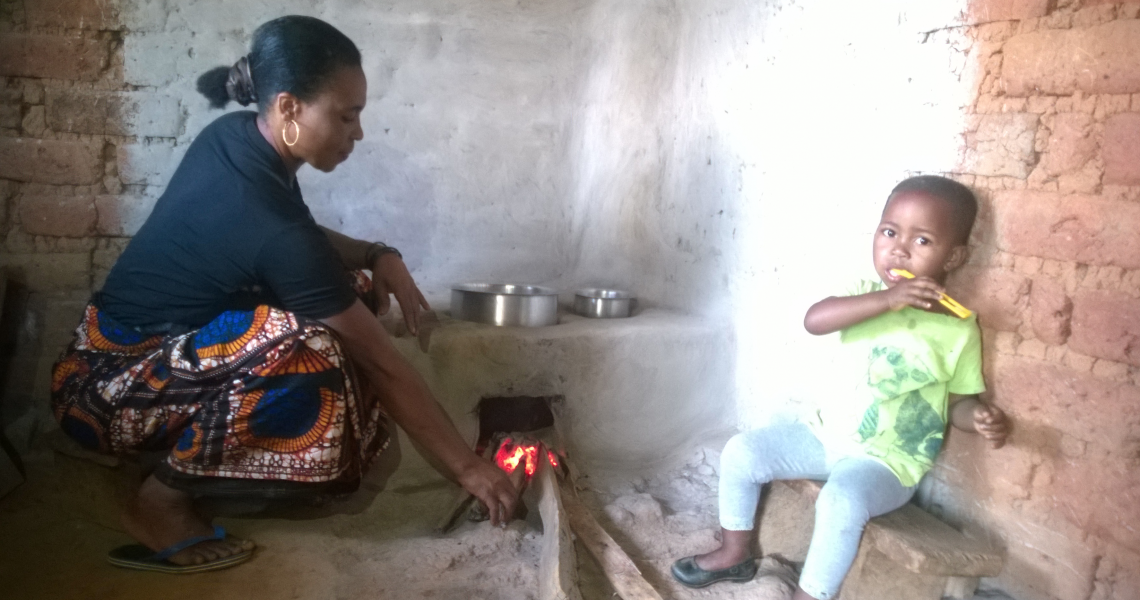 The project of introduction Fuelwood Energy Saving Stoves in the community of East Usambara Mountains in Tanzania started in October 2016. The project is implemented through a partnership between ONGAWA, Tanzania Forest Conservation Group (TFCG) and Muheza District Council (MDC)

The objective was to replace the old stoves that were installed in the kitchens sending the smoke inside the room and were much more inefficient meaning a higher consume of fuelwood. This method causes important healthy problems. Due to the smoke, woman’s and kids, that are the ones who stay most of the day inside the kitchen, suffer from respiratory and vision problems. This is solved thanks to the new designs that fix the chimney and expulses the smoke to the outside.

In addition, old stoves consume even the triple of wood. The installation of stoves as a strategy to improve efficiency in fuelwood consumption means a double impact. First, it reduces the deforestation and degradation of the zone, this way the effect in global warming are reduced at the same time it is preserved from erosion. And second, it also facilitates life in the communities. Less time spending in collecting wood means more time dedicated to other activities such as agriculture or taking care of the kids. The reduction on the fuelwood consumption is due to the new design of the stoves make with gravel .The gravel normally heats up fast but takes long to cool down. Therefore it maximizes the cooking heat / energy and at the same time it keeps the kitchen room warm for a longer period of time.

The implementation of the project was possible due to the Government Leaders and the Community Based Trainers. In the beginning the group of CBT was composed by 10 man´s and 10 women’s elected in each village through the village assembly meetings to guide in the construction of this new model of stove. Therefore at the end we had a total of 160 CBTs. The materials of the construction were provided to the communities.

Actually is present in at least 1680 households (it represents the 60% of the houses of the 8 communities we are working with) and more and more households are taking up this technology, indicating an increased realization of its outstanding merits environmentally, socially, economically and health wise. Feedback from the communities has confirmed that this kind of stove has greater efficiency and effectiveness in the utilization of fuelwood energy compare to the traditional ones.